On Wednesday 15th January, while this blogger was hitting 100 golf balls from the comparative "warmth" of LGC driving range, 5 riders from the LCCG were lucky enough to enjoy first class winter cycling weather with the rare sight of blue skies and sun!!! 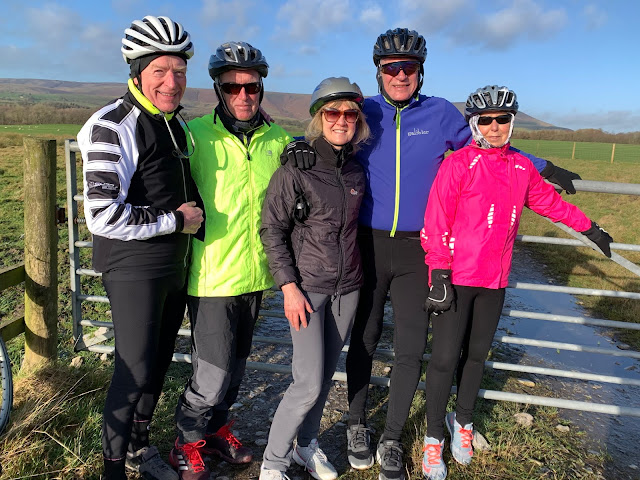 Riding from Gibbon Bridge to Dunsop Bridge through the stunning Hodder Valley and flanked by magnificent fells on either side. 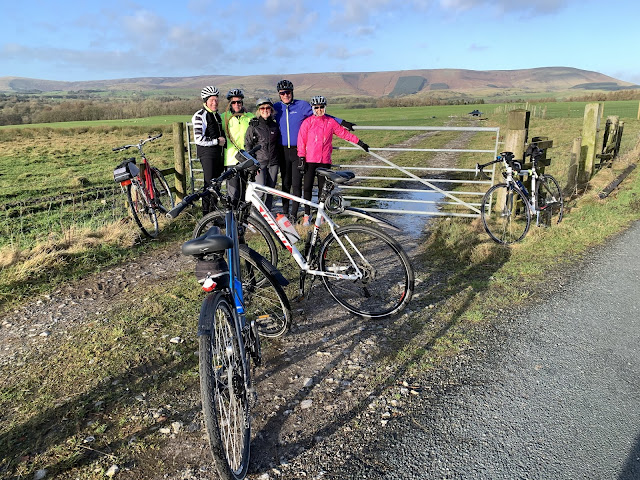 A coffee break in Dunsop Bridge at The Puddled Duck followed by some challenging climbs in the face of a strong headwind .......... invigorating!!!!! 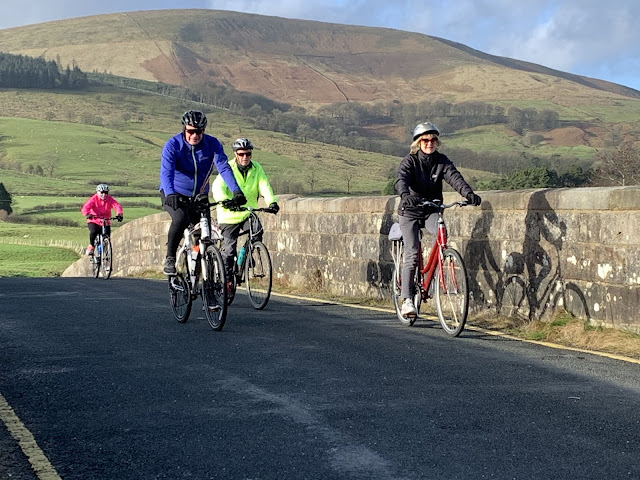 Then back to the Gibbon Bridge to a welcome lunch.

If anyone, from Province or beyond, would like to join these happy cyclists or find out details of future rides please contact President Richard or cyclist extraordinaire Ted.

As this is such a busy time with friends, family and others it was decided to meet early in January for a meal, celebration and of course good company. there are now more than 40 in the group and 28 met at Bistro Pierre in Preston on Wednesday 8th January. 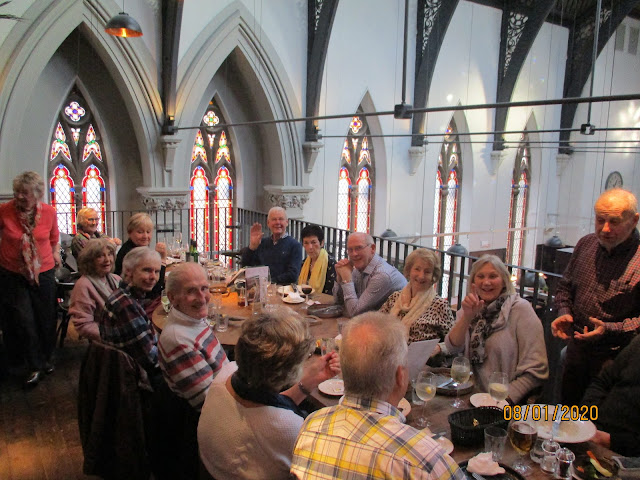 One can tell from the photos that an enjoyable afternoon was had, enjoying such dishes as Fritot de Brie, Toast et Champignons or Calamari as starters followed by such delicacies as Poulet Chasseur, Parmentier Maison or traditional Boeuf Borguignon for mains and for those not completely replete, possible something sweet from the Bistro Creperie. (Other dishes were available) 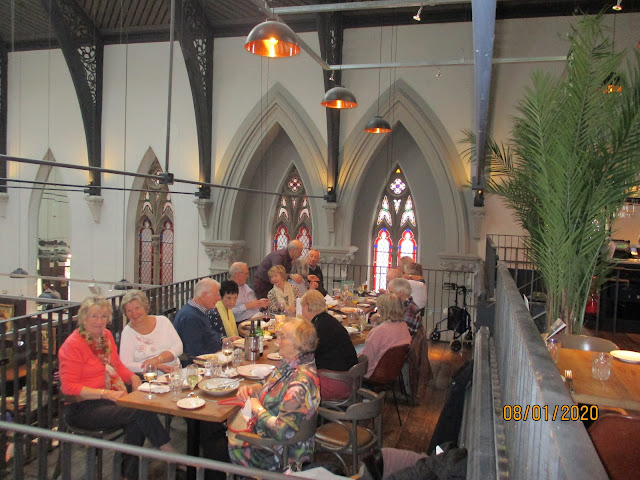 A great start to 2020 Longridge Walking Group. All from Longridge, Province 10 and beyond are very welcome. the walks are on the last Wednesday of the month and if interested, please get in touch with Bob Barron or Joe Carroll. 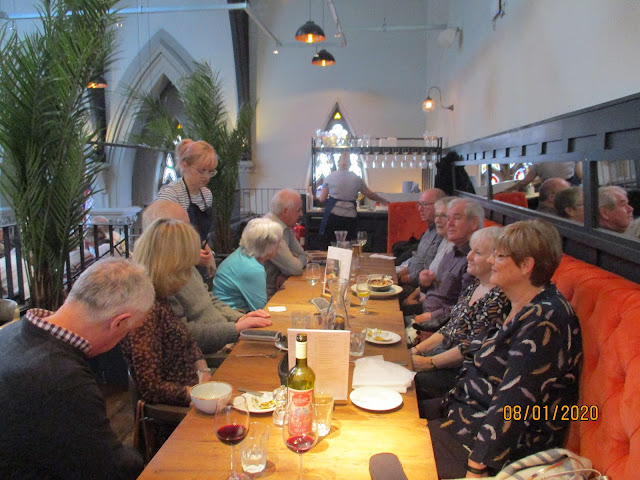 And to all we: 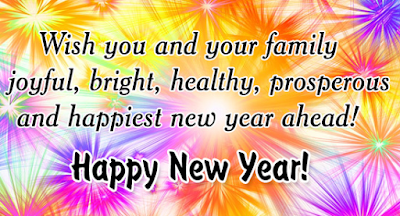 Why go further afield when beautiful countryside around Longridge beckons?

And then they regained all those calories thus expended by dining at the Derby Arms! 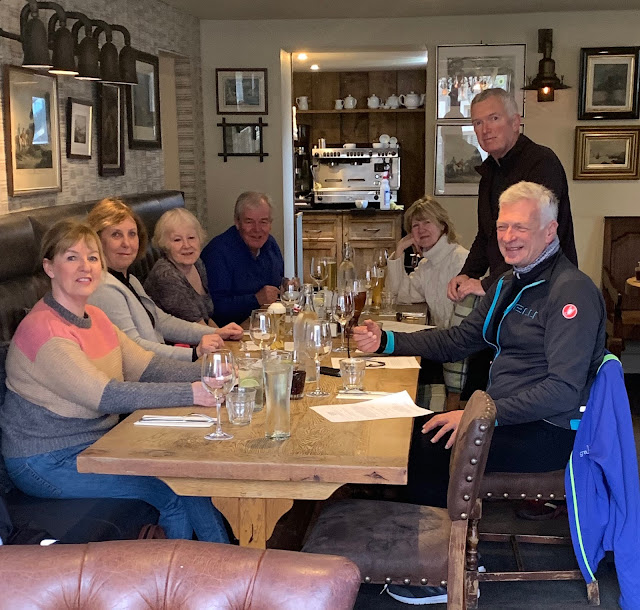 Thanks to Ted for the photo that saves me a thousand words.

Who is this with Robert Thompson? 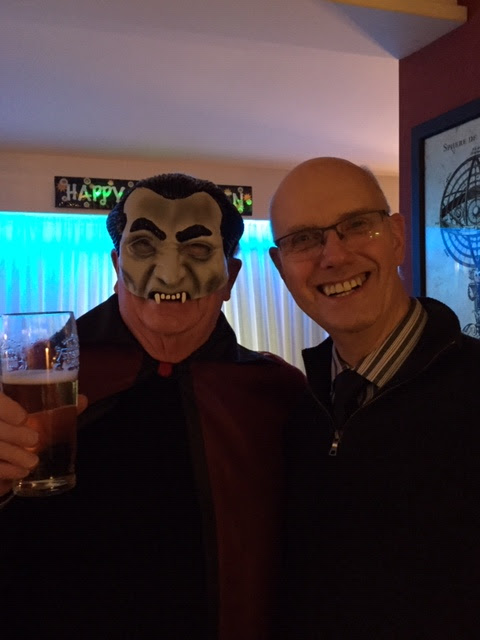 Posted by Robert Thompson at 15:23 No comments:

Garstang Circle hosted the annual carol concert at the Garstang Country hotel. Choirs from across Province 10 took part, and the Ladies of Province 10 choir delighted everyone with  special guest appearance. We were also very pleased to welcome National President Phil Brown and his wife to the concert.

The President and Brothers of Garstang Circle wish everyone in Province 10 a very happy and holy Christmas and look forward to hearing you all singing again next year.


Posted by Robert Thompson at 16:42 No comments:

The numbers at our traditional Family Christmas Sunday lunch this year were staggering -130+.  There were a good number of children, grand children and great-grand children of Brothers all who eagerly awaited the arrival  of Santa Claus.  With the help of his Elf, Santa very generously gave presents to all the children and a few older ones.  Following the excellent meal and Santa's visit we enjoyed a good raffle and a sing-a-long of popular carols accompanied by a very accomplished pianist.  We also entertained Provincial President Terence and Sandra Donnelly as they were unable to be at our Ladies Day earlier in the year. 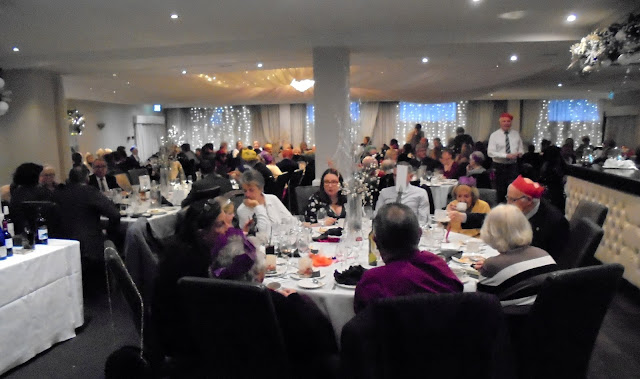 Posted by Robert Thompson at 19:54 No comments:

On a cold wet Thursday 12th December 2019 members and friends of Longridge Circle came together in Faith and Friendship to congratulate Malachy and Mary Conlon for sharing 40 years in the Association.

President Richard recounted some early events in Malachy's life as examples of the sort of man who from humble beginnings built, with his four brothers, a multi million pound business. He then presented Malachy and Mary with a framed copy of their scroll. 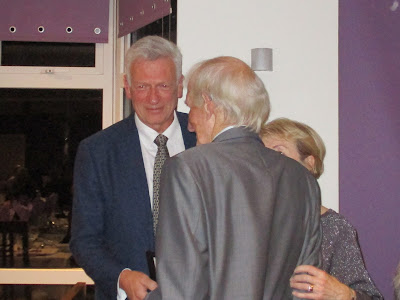 It is a measure of Malachy's character, that, a few days earlier having had a bad fall and spending the night in A&E, here he was accepting the accolades of those present along with the enthusiastic applause in his usual courteous and "what's all the fuss about" way. His few words of thanks were delivered with that Irish twinkle in his eye. 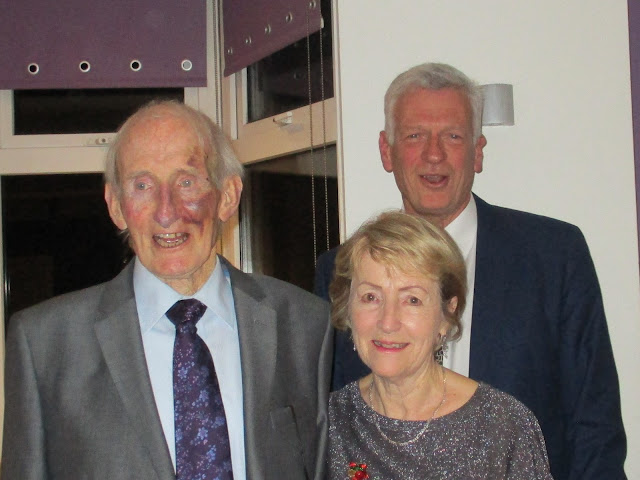 Numbers were a little down on previous years probably due to events elsewhere, not least a little matter of a General Election

However 63 sat down to a wonderful 3 course, non conventional, Christmas celebratory meal of a starter of prawns & smoked salmon, for mains the famous New Drop Duckling with all associated trimmings followed by Christmas Pudding in Brandy Sauce or the equally famous New Drop Crumble with Custard.

The entertainment that followed was beyond expectations. Gil and Lisa Hughes (our most recent members) volunteered their three children to accompany the singing. 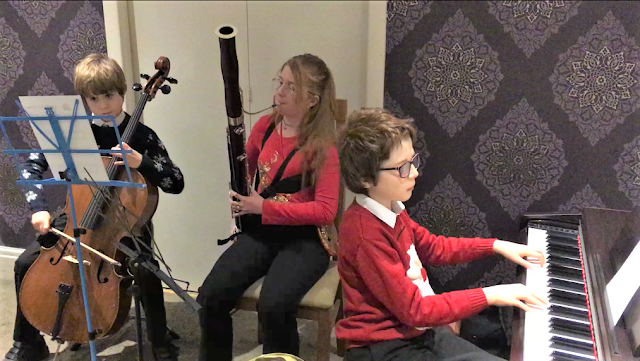 That's Peter (11years) on the piano, Olivia (13years) on the basson and Samuel (9years) on the cello. All three are through to the final audition for entry to Chethams School of Music in Manchester and their playing explained why!

The programme started with a lively rendering of Jingle Bells and we then listened to a rendition of Little Drummer Boy. A rousing rendition of Adeste Fideles followed with the children's version of When a Child is Born causing a few present to pretend they'd something in their eye. 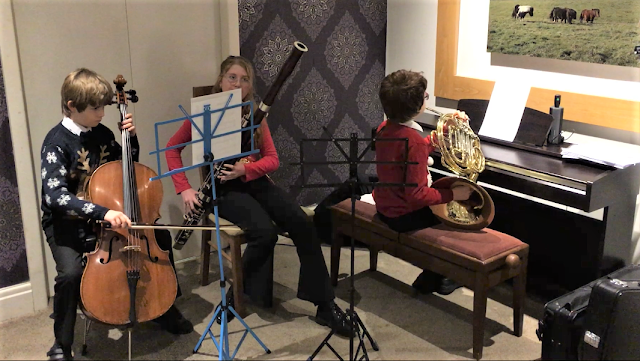 The trio of cello, bassoon and French Horn for the "12 days"

Among many highlights was a playing out of the 12 Days of Christmas with each table trying to outdo the others with their enthusiastic miming of the various gifts. The evening came to a close with a joyous singing together of We Wish You a Merry Christmas.

Circle's grateful thanks to Samuel, Peter, Olivia, Gil and Lisa.

President Richard & Helen and all at Longridge 286 wish all in Province 10 and beyond a wonderful happy and holy Christmas and wish them all happiness in 2020.

The webmaster can be contacted at the above email address.

A new page has been added showing the Circle Ladies' Nights in 2017-18.

Enter your email address to be notified of new posts. Click on the link when you receive an email.

The TOP TEN countries where this blog is viewed..

Province 10 has approximately 400 brothers. It covers parts of Lancashire, south Cumbria and North Yorkshire. It touches on the dioceses of Lancaster, Salford and Leeds as well as the Archdiocese of Liverpool. There are 16 circles covering Barrow-in-Furness and Kendal in the north to Chorley in the south, Blackpool in the west and Skipton in the east.